Hangzhou - MYbank, a leading online private commercial bank in China and an associate of Ant Group with a focus on serving rural areas and small and micro enterprises (SMEs), announced today that it plans to more than double the number of rural counties it serves over the next four years. 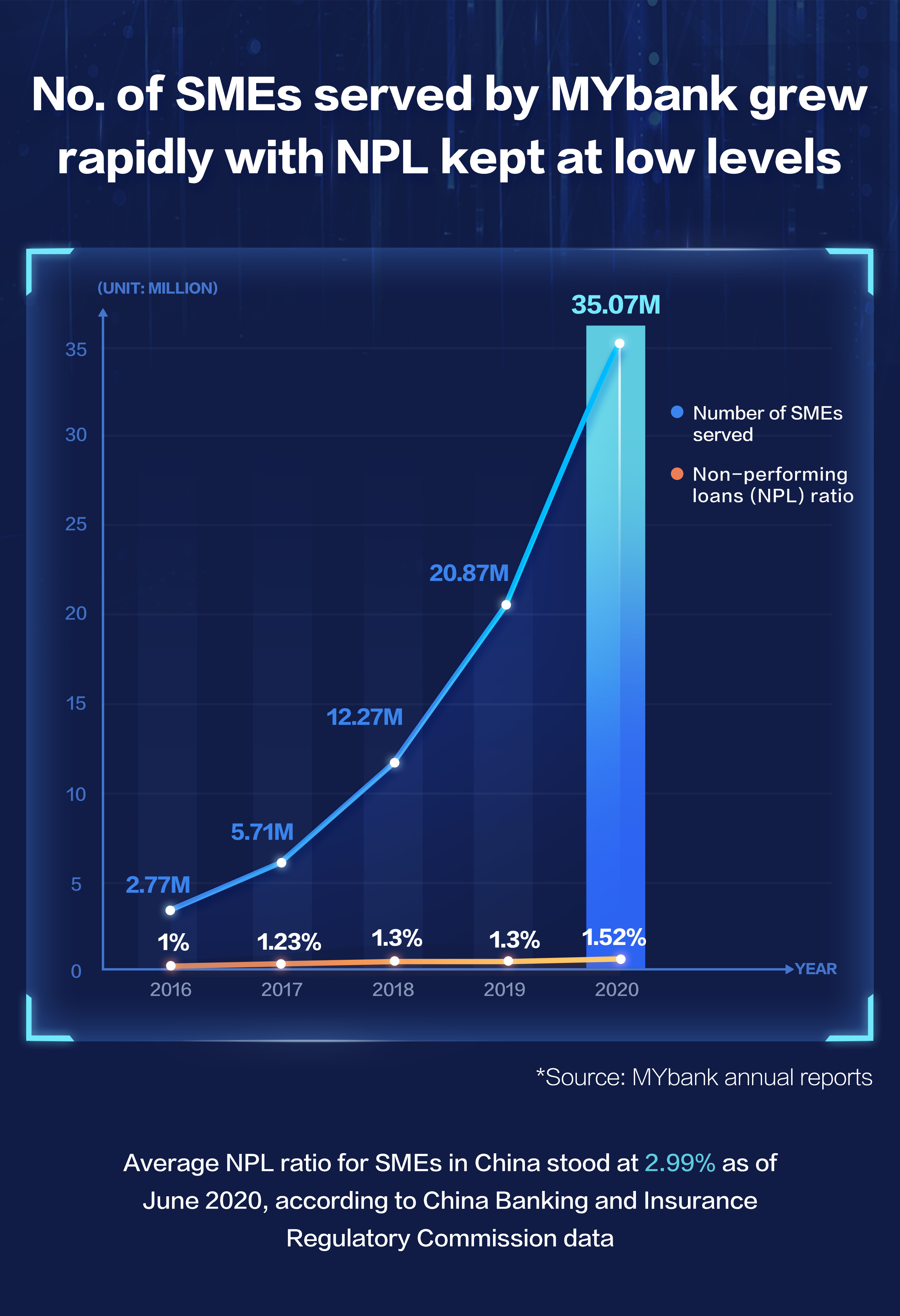 Hangzhou, 30 April 2020 - MYbank, a leading online private commercial bank in China and an associate of Ant Group with a focus on serving rural areas and small and micro enterprises (SMEs), announced today that it plans to more than double the number of rural counties it serves over the next four years.

The announcement came alongside the publication of its 2020 annual report, which highlighted that the total number of SMEs MYbank had served at the end of the year increased nearly 70% year-on-year to over 35.07 million from over 20.87 million at the end of 2019, driven by MYbank’s continuous growth in rural areas.

In the six years since its founding, MYbank has served customers in more than 750 counties in China. MYbank and its partners aim to offer financial services in 2,000 rural counties in the country by 2025 – MYbank’s 10th anniversary, ensuring rural customers can access the same financial services available in China’s big cities and solving the last-mile problem in rural finance.

“We have continued to record remarkable growth in customer base for five consecutive years,” said Xiaolong Jin, President of MYbank. “We expect rural finance to play a significant role in advancing financial inclusion, and will further our efforts to make rural finance more accessible with our financial institution partners.”

Meanwhile, thanks to its application of sophisticated risk management technologies, MYbank kept its non-performing loan ratio at 1.52%, far lower than the 2.99% average for SME loans in China as of June 20201.

Last year, MYbank also supported SMEs in the fight against the COVID-19. In March 2020, MYbank partnered with the All-China Federation of Industry and Commerce and the China Banking Association to launch a “Contactless Loans” campaign, in which 118 banks in China took part in offering supportive loans for SMEs as they resumed operations. The campaign provided over RMB 870 billion in loans to over 20 million SMEs in sectors hit hard by the pandemic, such as dining and retail. During the six months since the campaign started, MYbank and its partner banks waived RMB 665 million in interest payments for SMEs.

Formed in 2015 with a focus on serving SMEs and farmers, MYbank was among the first batch of pilot private commercial banks in China. It was also the first bank in China to establish its core banking system entirely on the cloud without any physical branches.

MYbank pioneered the “310 model” for SME financing, which offers a collateral-free business loan that takes less than three minutes to apply for on a mobile phone, less than one second to approve and requires zero human intervention.

In addition to advanced risk management solutions, MYbank has also leveraged technologies including image recognition and remote sensing in making credit services more accessible to farmers who no longer need to go through lengthy processes or file paper documents to obtain a loan.