Ant Group pledges to be carbon neutral by 2030

Hangzhou – Ant Group today announced it will become carbon neutral by 2030, and pledged its support to bring down emissions through technological innovations, joining the urgent global efforts to curb climate change and its devastating effects. 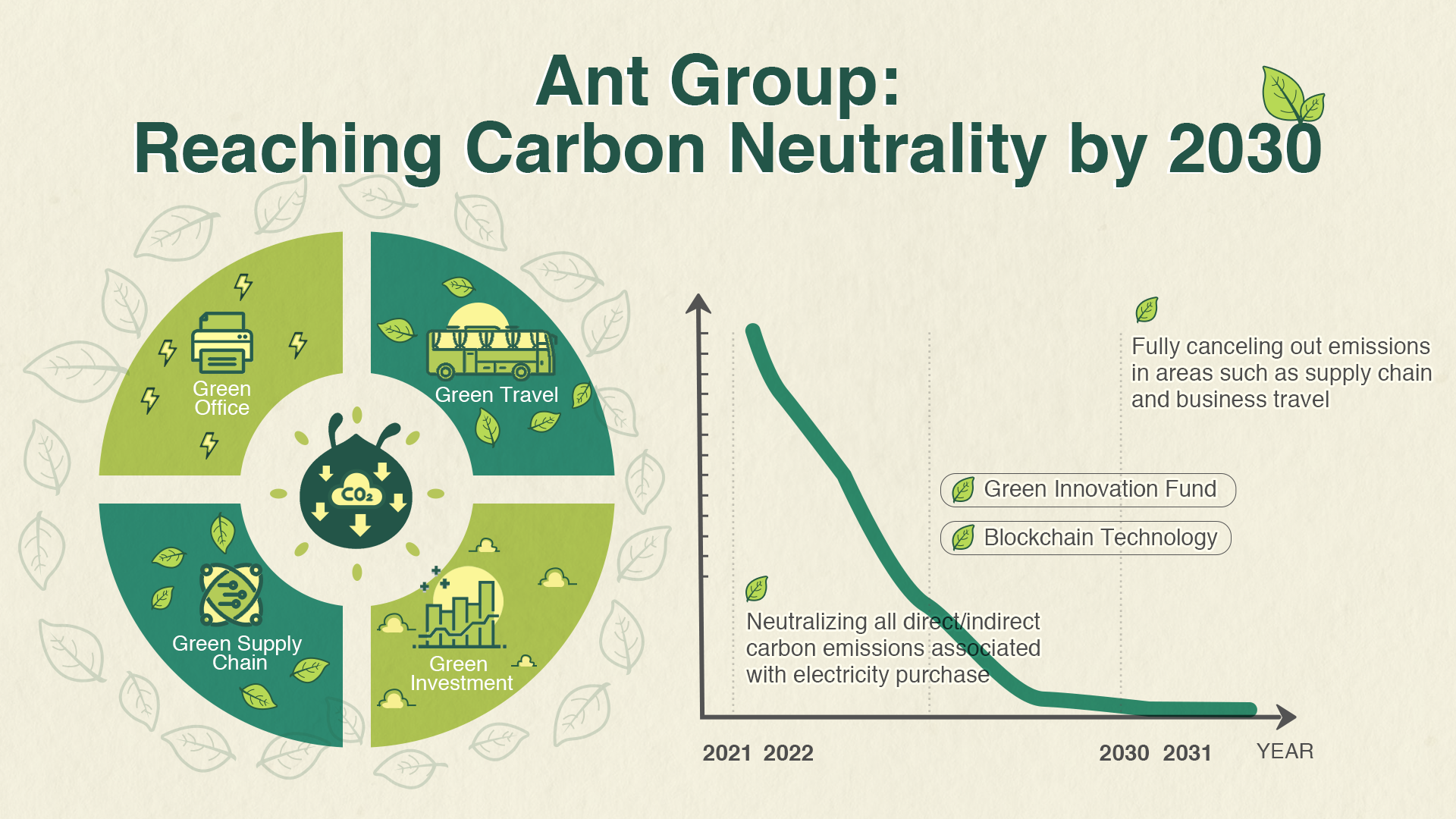 Hangzhou, 12 March, 2020 – Ant Group today announced it will become carbon neutral by 2030, and pledged its support to bring down emissions through technological innovations, joining the urgent global efforts to curb climate change and its devastating effects.

The company will also set up a carbon neutrality fund to support the research and development of renewable energy and other green technologies, and work with industry partners to promote green finance.

“Going green has always been a strong priority for Ant since our founding, we firmly believe technology can and should be used to further sustainable development,” said Yijie Peng, Vice President of Ant Group. “The carbon neutrality goal that we pledged today is the next milestone in our pursuit of an inclusive, green and sustainable future.”

Ant Group has detailed a roadmap to neutralize direct and indirect emissions associated with the purchase of electricity from this year (Scopes 1 and 2). By 2030, Ant Group will fully cancel out carbon emissions generated from other sources it does not own or control, covering areas such as supply chain and business travel (Scope 3).

Taking advantage of its leading capabilities in developing blockchain technology and its real-world applications, Ant Group will also explore ways to apply blockchain solutions to the climate effort, including using the technology to track the carbon reduction process.

To ensure transparency and accountability, Ant Group invited an external specialist, the China Environmental United Certification Center (CEC), to join in discussions when designing its carbon neutral plan. The CEC is an official service provider to the 2022 Winter Olympics, supporting the Games in assessing its carbon reduction solutions.

Ant Group will periodically provide updates on its progress towards achieving the carbon neutral goal.

With its vision of bringing inclusive, green and sustainable services to consumers and small businesses in China and around the world, Ant Group has been pioneering innovative solutions to promote green lifestyle among consumers.

In 2016, Ant Group’s Alipay, China’s leading digital payment platform, introduced the Ant Forest green initiative within the app to encourage low-carbon activities — such as paying utility bills online and walking instead of driving — among users. Green energy points earned by users joining the initiative can be used to plant trees or protect a certain area of land for biodiversity conservation.